Indoor/outdoor fiber optic cables include loose tube and tight buffer designs. These are available in a variety of configurations and jacket types to cover riser and plenum requirements for indoor cable and the ability to be run in duct, direct buried or aerial/lashed in the outside plant. Applications of tight-buffered distribution cable will be provided in this article. This blog provides information on tight-buffered distribution cable’s basic sense and its indoor and outdoor applications.

900µm Buffer for Easy Fiber Termination
Tight-buffered distribution cable can be directly connected to optical equipment for the fibers normally have a 900µm buffer. Terminated fibers may be directly connected to equipment without use of a patch panel and accompanying jumper cables. Besides, no splices or splicing skills are needed, as with pigtails on loose tube gel-filled cables. In situations where the fibers will be mated and unmated frequently, or where there is general access to equipment, it is advisable to place terminated fibers in a patch panel to avoid damage to the connector/fiber interface. 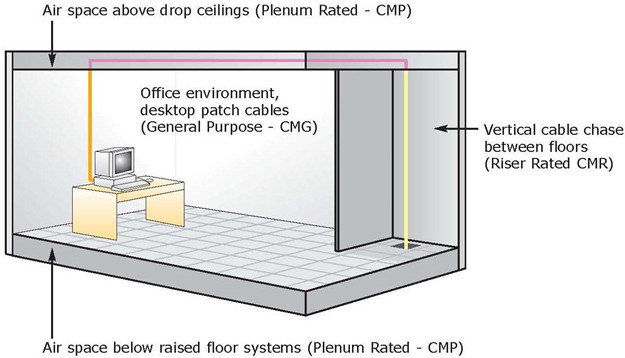 Armored LSZH Tight-Buffered Distribution Cable for Indoor/Outdoor Applications
Armored LSZH tight-buffered distribution cable features a double LSZH jackets with the outer jacket being of UV stabilised, water and moisture resistant. Between the 2 sheaths there is a corrugated steel tape making the cable rodent proof. The cable is suited for LAN backbones, direct burial, ducts, under floor or ceiling spaces. 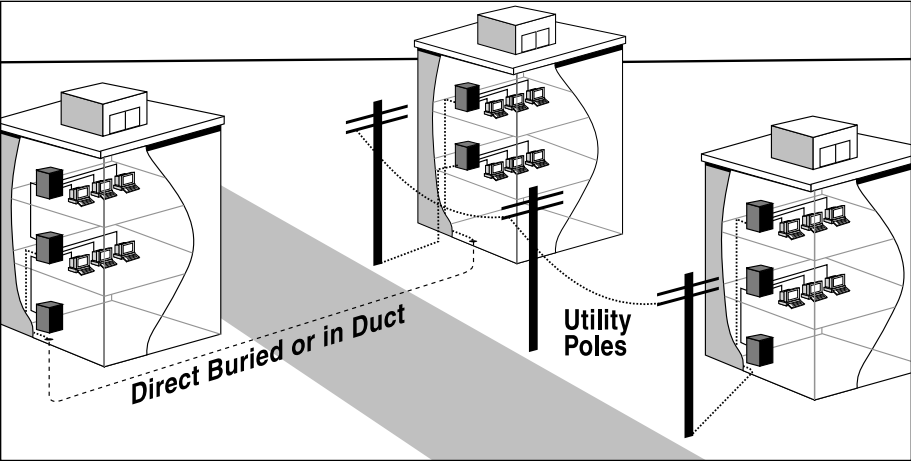 In terms of indoor fiber optic cables, distribution cable, breakout cable, ribbon cable and LSZH cable are some popular types. Distribution cable and breakout cable all contain several jacketed simplex optical fibers packaged together inside an outer jacket, but in distribution fiber optic cable, tight buffered fibers are bundled together, with only the outer cable jacket of the cable protecting them. Besides, buffered fiber in distribution cable is 900 µm, which is smaller in size and costs less than breakout cable. Distribution cable is usually installed in intra-building backbone and inter-building campus locations. And breakout fiber optic cable is suitable for short riser and plenum applications. Ribbon cable includes up to 12 fibers contained side by side within a single jacket and is often used for network applications and data centers. LSZH cables are offered as an alternative for halogen-free applications. They are less toxic and slower to ignite which makes them a good choice for many internal installations.

In terms of indoor fiber optic cables, however, tight buffered cables, loose tube cables, armored cables and submarine cables are some common popular fiber cable types. Among them, submarine fiber optic cables become more and more popular in recent years. These cables are used in fresh or salt water. To protect them from damage by fishing trawlers and boat anchors they have elaborately designed structures and armors. Other cable has armors is armored cable. Armored fiber optic cable includes an outer armor layer for mechanical protection and to prevent damage. They can be installed in ducts or aerially, or directly buried underground. Armor is surrounded by a polyethylene jacket. Tight buffered cable and loose tube cable are two early common outdoor fiber cables. Tight buffered cables have riser and plenum rated versions. These cables are flexible, easy to handle and simple to install. In loose tube cables, tube encloses multiple coated fibers that are surrounded by a gel compound that protects the cable from moisture in outside environments. This cable is restricted from indoor use, typically allowing entry not to exceed 50 feet.

Fiber optic “cable” refers to the complete assembly of fibers, other internal parts like buffer tubes, ripcords, stiffeners, strength members all included inside an outer protective covering called the jacket. Fiber optic cables come in lots of different types, depending on the number of fibers and how and where it will be installed. It is important to choose cable carefully as the choice will affect how easy the cable is to install, splice or terminate and what it will cost. Next, we will introduce 5 types of fiber optic cable in communication.

Distribution cables usually end up at patch panels or communication closets, where they ar hooked into devices that communicate with separate offices or locations. These fibers are not meant to run outside of office walls or be handled beyond the intial installation, because they do not have individual jackets.

Distribution cables often carry up to 144 individual fibers, many of which may not be used immediately bu should be considered for future expansion.

Breakout cables are used to carry fibers that will have individual connectors attached, rather than being connected to a patch panel.

Breakout cables consist of two or more simplex cables bundled around a central strength member and covered with an outer jackets. Like distribution cable, breakout cables may be run through a bulding’s walls, but the individual simplex cords can then be broken out and handled individually.

Armored cable, addresses the special needs of outdoor cable that will be exposed to potential damage from equipment, rodents, and other especially harsh attacks.

Armored fiber cable consists of a cable surrounded by a steel or aluminum jacket which is then covered with a polyethylene jacket to protect it from moisture and abrasion. It may be run aerially, installed in ducts, or placed in underground enclosures with special protection from dirt and clay intrusion.

Also called Figure 8 Fiber Optic cable for the appearance of its cross section, messenger cable greatly speeds up installation of aerial cable by eliminating the need to lash a cable to a pre-run messenger line.

In applications that will run near power lines, the dielectric messenger is ofen used to minimize the risk of energizing the cable through induced current, which is created when the electrical field from a high voltage alternating current line expands and contracts over a nearby conductor. If a conductive cable is close enough to the alternating current, the induced current may be srong enough to injure someone working near the cable.

It’s a good practice, in fact, to use dielectric strength members wherever tension considerations permit, as this will help avoid any potential conductivity problems in the cable.

Hybrid cable, as applied to fiber optics, combines multimode and single-mode fibers in one cable. Hybrid cable should not be confused with composite cable, although the terms have been used interchangeably in the past.