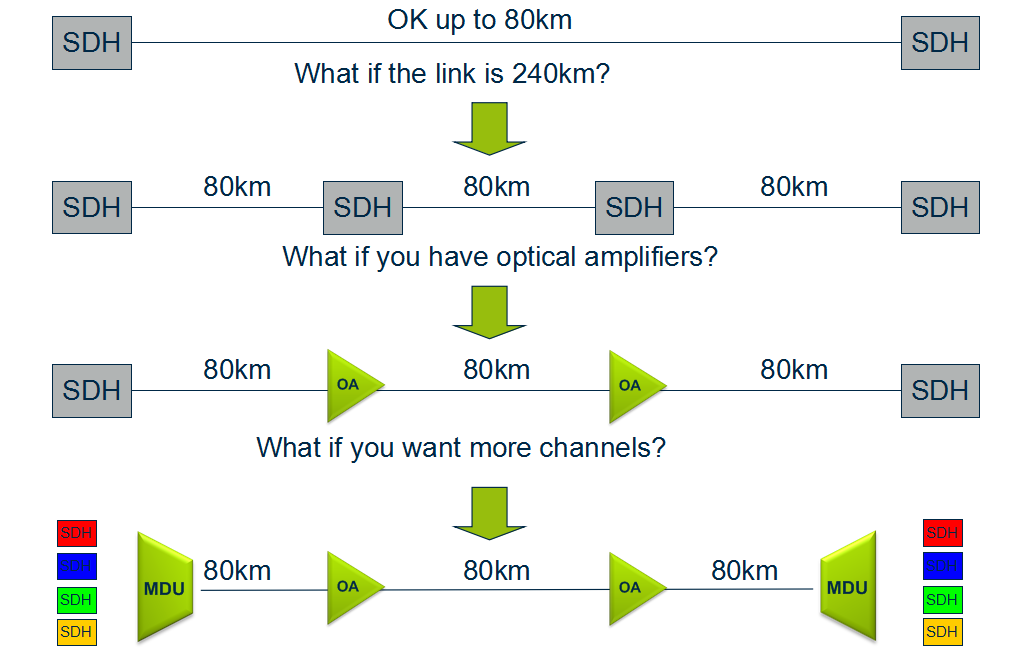 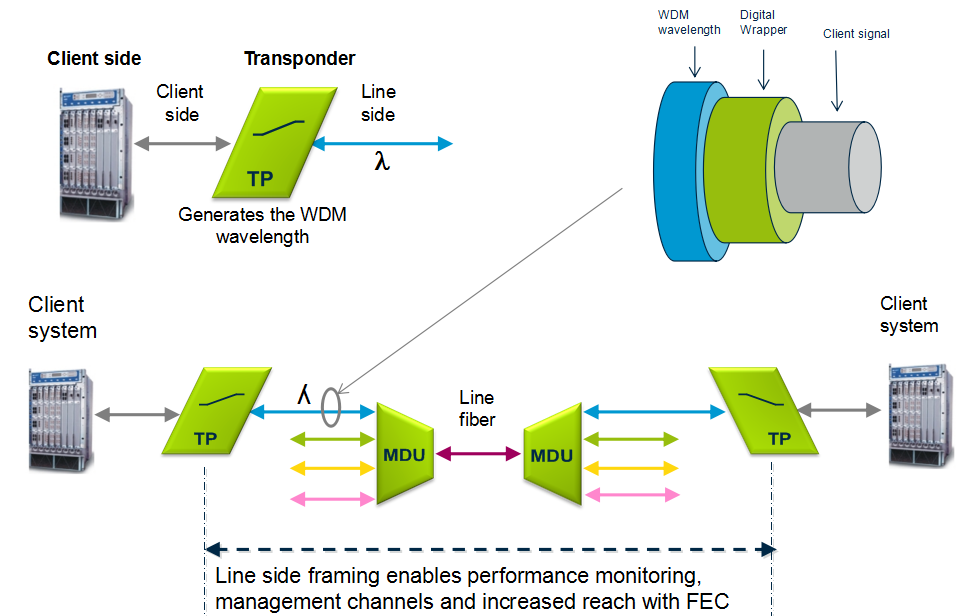 In optical fiber communications, WDM Transponder sends and receives the optical signal from a fiber. A transponder is typically characterized by its data rate and the maximum distance signal travels.

The transponder according to the invention utilises delays that are switchable between different optical fiber lines, so as to be able to select many different lengths without the necessity of re-designing the same transponder. Moreover, the transponder according to the invention uses a Single Side Band (SSB) optical component which produces an optical shift of the frequency of the radar signal, that avoids the drawbacks and solves the problems of the traditional electrical systems. The transponder according to the invention is comprised in multifunctional radar systems and allows at least three different uses: the first is the systems calibration on the basis of moving targets that are simulated in the production step,the second one is the performances test of a radar that has already been calibrated in the step of the system acceptance by the client (Field Acceptance Test), and the third one is the support to the identification of possible faults and nonworking partsof the radar, during the operation life of the same radar system. The transponder of the invention comes out to be easily producible and transportable.

An integrated transponder will also be needed: one transponder that couples to 10 individual fibers at a much lower cost than 10 individual transponders. With a super-channel transponder, several wavelengths are used, each with its own laser, modulator and detector. Photonic integration is the challenge to achieve a cost-effective transponder.