PPPoE vs DHCP may sound like two irrelevant items since the application of each are not the same: DHCP is a protocol for obtaining IP addresses while PPPoE is a common method of connecting to an ISP. But the debate over PPPoE vs DHCP differences has been around for a long time and thus causes a lot confusions. So in this article we will have PPPoE vs DHCP explained and walk you through how they differ from each other.

DHCP, or Dynamic Host Configuration Protocol, is a standardized client/server network protocol that dynamically assigns IP addresses and other related configuration information to network devices. It is known that each device from a TCP/IP network should have a unique IP address to access the network. So without DHCP configuration, network admins have to configure IP addresses manually if they want to add new computers or move computers from one subnet to another. Usually, a DHCP architecture is made up of DHCP clients, DHCP servers and DHCP relay agents. 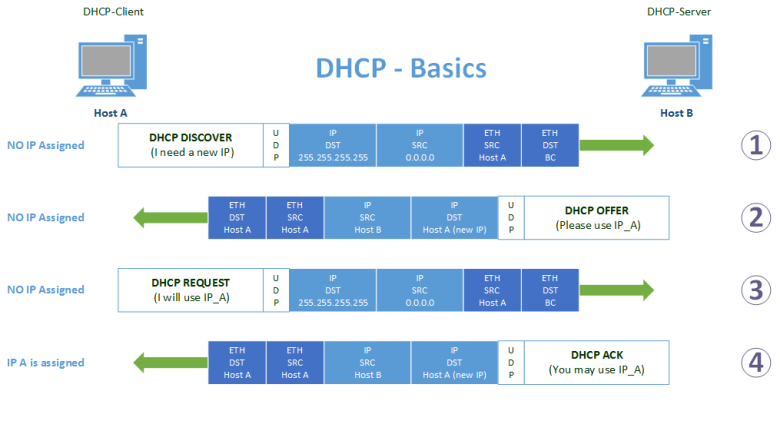 PPPoE vs DHCP: What Is PPPoE?

PPPoE, short for Point-to-Point Protocol over Ethernet, is an Ethernet encapsulation of the Point to Point Protocol that is commonly used with dial-up connections. This allows the modem to be a part of the network that multiple users can utilize instead of being connected directly to the computer. PPPoE combines the Point-to-Point Protocol (PPP), commonly used in dialup connections, with the Ethernet protocol, which supports multiple users in a local area network. The PPP protocol information is encapsulated within an Ethernet frame. To employ PPPoE, you need a username and a password provided by your ISP, which you use to dial-up to your ISP and establish a connection. More recent modems now incorporate the PPPoE dialer into them. You can simply set your username and password once and your modem automatically connects to the internet whenever you turn it on. 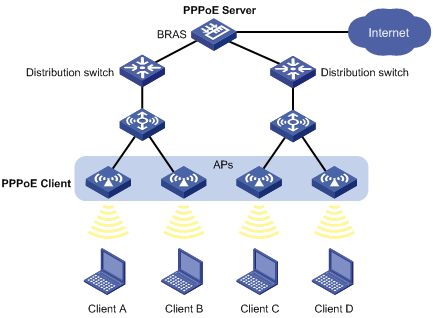 PPPoE vs DHCP: How They Differ?

DHCP is a way for a network to allocate unique IP addresses to the devices (i.e. computers, smartphones Gigabit Ethernet switch and etc.) within a network, so that traffic can be delivered back-n-forth without confusion. PPPoE is a way to encapsulate network traffic, based on credentialed access (i.e. username/password). PPPoE needs to be configured correctly before a user can actually connect to the internet, however, modems that use DHCP does not need to be configured and is basically plug and play. So using DHCP to connect to an ISP eliminates the problems that are associated with PPPOE. Just like with computers on a network, you do not need to configure your computer beforehand. You simply leave everything on automatic and leave the configuration to the ISP servers.

The difference between PPPoE vs DHCP can be summarized as following:

So we’ve explored the definition of each term and major PPPoE vs DHCP differences. It is thus to conclude that there is no “one is better than the other”- PPPoE and DHCP serve two entirely different purpose without overlap. Hope it would help to clear out your confusion. Backed by a professional tech team, FS.COM has improved solutions for network devices like Ethernet routers, fiber switch (i.e. 10 Gigabit switch) and servers. To get any further information, reach us via sales@fs.com.

PPPoE vs DHCP: What Is the Difference?

OSPF vs BGP: Which Routing Protocol to Use?

IPv6 has been around for over a decade but is not yet seeing broad adoption. However, with the imminent exhaustion of available IPv4 addresses, the lack of IP addresses has become a more pressing problem. As the successor of IPv4, IPv6 will not only offer far more addresses, but will address assignments and additional network security features. What is IPv6 and how does it matters? What’s the differences between IPv4 vs IPv6? Let’s get some insight into these issues. 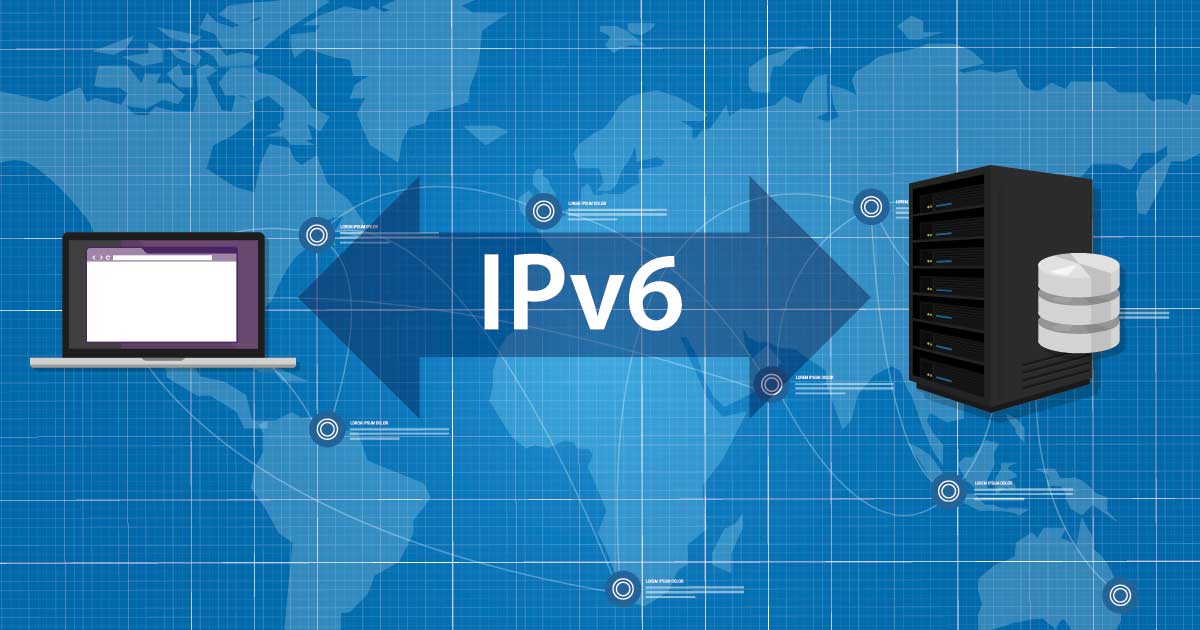 What Is IPv6 and How Does It Matter?

IPv6 (Internet Protocol Version 6) is a network layer protocol which allows communication and data transfers to take place over the network. IPv6 came into existence in 1998 and was created out of the concern that demand for IPv4 addresses would exceed availability. IPv6 protocol, which is 128-bits, consists of eight numbered strings, each containing four characters, separated by colon. This gives us an unbelievable amount of unique IP addresses. Despite these, IPv6 protocol also simplifies address assignment (for computers) and provides additional security features. It greatly solves network bottleneck caused by the soaring amount of Internet-connected devices.

Advantages and Disadvantages of IPv6 Protocol

IPv6 protocol is all about future-proofing, with which every current household could have trillions of connected devices, each with their own individual IP addresses, and there would still be plenty of IPv6 addresses to spare, without the need for NAT. Here are the pros and cons of IPv6.

IPv4 vs IPv6: What’s the Difference?

IPv4 protocol consists of four number strings – each containing three digits separated by dots. A standard IPv4 address is 32-bit and allows 4.2 billion unique IP addresses. By comparison, IPv6 uses longer IP addresses: with eight groups of four hexadecimal digits, separated by colons. Hence IPv6 significantly expands the pool of IP addresses. Besides, it also frees the internet from relying on NAT because of the dearth of IPv4. Ipv6 enables all devices to be accessible on the public network for easier management. Moreover, IPv6 is much secure than IPv4 at making sure Internet traffic gets to the correct destination without being intercepted. 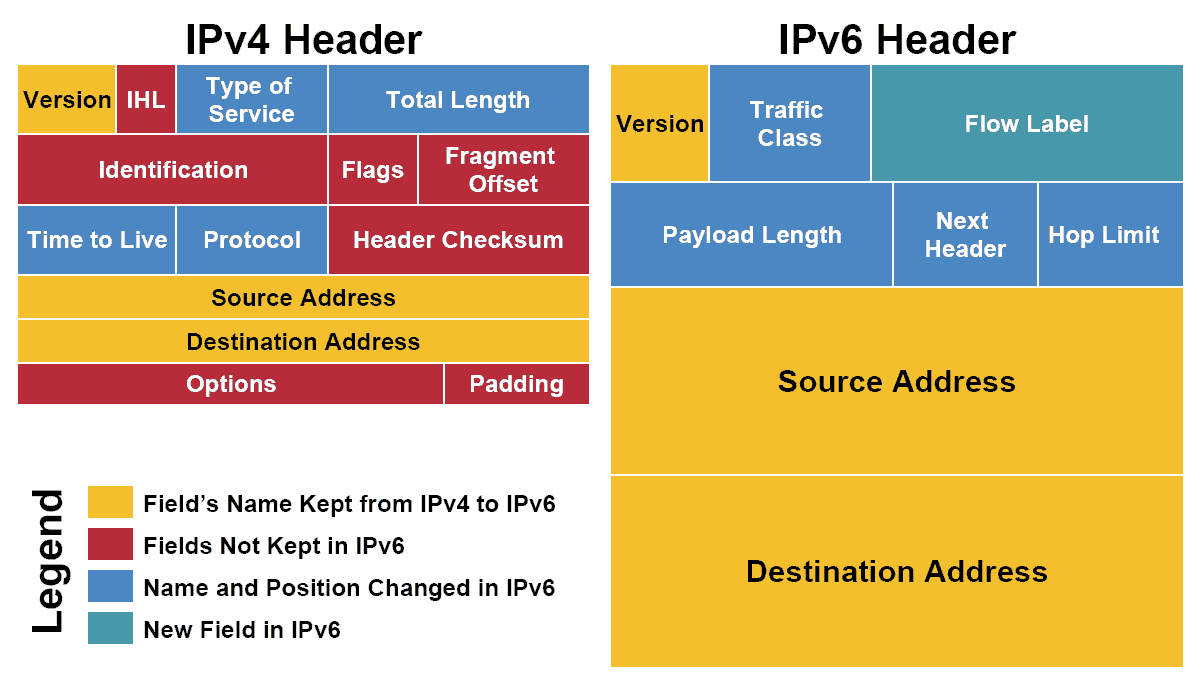 What You Need to Enable IPv6

IPv6 has not yet put IPv4 into obsolescence, but we should at least get fully prepared for it. It would be better to make sure that any future PC, mobile device and gigabit Ethernet switch/router support IPv6 protocol. To use IPv6, you’ll need three things:

IPv6 is rolling out steadily, but slowly. As IPv6-only networks can dramatically simplify network operations and keep costs down, there is reason to believe the trend will continue. It’s important to prepare for the future and get IPv6 working, however, there is no need to race to implement this or worrying about it too much. FS.COM offers IPv6 enabled 10GbE switch and other copper/fiber switch with advanced feature sets that can fit your varying demand. For further information, contact us via sales@fs.com.