The LC connector system, standardized as TIA/EIA FOCIS-10, was designed specifically to address the needs of increasing network interconnect density.

In the past, fiber management systems (for D4, ST, FC and Biconic),have required twice as many individual connectors as copper systems, hence, crowding racks and closets (Fig. 2) with additional patch bays, management hardware and line terminating electronics. SFF connectors have either a unitary body design (FJ and MT-RJ) or a provision for clipping simplex connectors together to form a single SFF end (LC).

The LC connector provides the potential for twice the interconnect density in closets and racks when compared to a SC connector. Although, there is a point at which additional density cannot be utilized because of the difficulty in fiber routing inordinately large cable counts. Also at issue in these higher density racks, is the problem of disturbing adjacent circuits in MACs. Most important in fiber management, is the decreased footprint of the LC on electronics (hubs, switches, etc.) for fiber transceivers.

Original SFF transceivers (GBICs) on equipment have now been overshadowed by the SFP (“pluggable”versions of the SFF) transceiver. Equipment vendors are starting to offer SFP on switches/NICs for Gb/s Ethernet. The optical receptacle on the SFP for Fibre Channel and Gb/s Ethernet is the LC connector. Most major transceiver vendors, including early proponents of “MT-RJ-only” transceivers, now sell SFPs with the LC interface only.

On 200 pin XenPAK transceivers, only SFF options are specified in the Multi Source Agreement (MSA). Vendors have offered XenPAK with both SC and LC pigtails, but the majority offers “LC only” XenPAK product lines. The LC is also used in competing transceivers such as XenPAK, X2 and XFP.

The LC is the market leader in SFF connectors. Press releases from the major vendors of LCs (Lucent) and MT-RJs (Tyco/AMP) in similar time frames (mid 01) indicate unit volumes of 20 million and 3 million respectively.

According to the Fiber Optic Connector/Mechanical Splice Global Market Report by Electronicast, the North American Market for private network use of SFF connectors is expanding quite rapidly. In this report, the multimode LC is estimated to grow at double the rate of that of the multimode MT-RJ (Table 1). The difference embedded in the Electronicast data is the creation of new installations (LC) versus the support of existing facilities (MT-RJ).

The multimode MT-RJ found early support in 100BASE-F applications. In spite of this, the LC is becoming the optoelectronics interconnect solution for 1-10Gb/s applications. The emerging 10Gb/s market has forced transceiver vendors to evolve toward pluggable designs with the LC as the primary choice of interconnect. 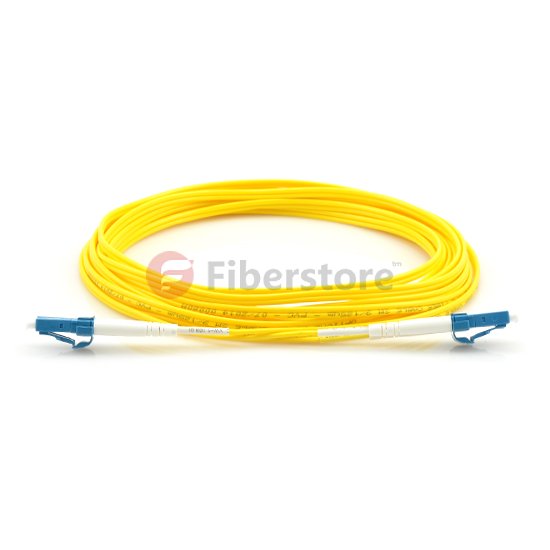 FC: A metal screw on connector, with a 2.5mm ferrule, developed by NTT. The ruggedness of this connector leads to its extensive use at the interfaces of test equipment. It is also the most common connector used for PM, polarization maintaining, connections. Please note that there are currently four different specifications for the key width on FC connectors and for the slot width on FC adapters. Therefore not all FC connectors will fit into all FC adapters.

LC: As mall form factor plastic push/pull connector, with a 1.25mm ferrule, developed by Lucent. The LC has been referred to as a miniature SC Connector. It is mainly used in the United States.

MTP: A push/pull ribbon connector, which holds up to 12 fibers. The 12-fiber capacity allows for very dense packing of fibers and a reduction in the number of connectors required.

SC: A plastic push-pull connector, with a 2.5mm ferrule, developed by NTT. Push-pull connectors require less space in patch panels than screw on connectors. The SC is the second most commonly used connector for PM, polarization maintaining, connections.

Fiberstore has a global reputation for bringing best-in-class technology and design concepts to the marketplace. Added to close customer relationships, decades of experience in the industry and outstanding service and support, make Fiberstore the right choice for fiber optic components and systems that will splice your fiber optic components together. We offer fiber optic patch cable, fiber optic cable, fiber optic transceivers, ect. In particular, Fiberstore products include optical subsystems used in fiber-to-the-premise, or FTTP, deployments which many telecommunication service providers are using to deliver video, voice, and data services.