Connectors and other types of optical devices on the output of the transmitter may cause reflection, absorption, or scattering of the optical signal. These effects on the light beam may cause light energy to be reflected back at the source and interfere with source operation. To reduce the effects of the interference, an Optical Isolator is used. Many laser-based transmitters and Optical Amplifiers use an optical isolator because the components that make up the optical circuit are not perfect.

The loss of backward-traveling light occurs because when the backward light passes through the second polarizer, it is shifted again by 45 degrees. The light then passes through the rotator and again is rotated by 45 degrees in the same direction as the initial tilt. So when the light reaches the first polarizer, it is polarized at 90 degrees. And when light is polarized by 90 degrees, it will be “shut out.” The figures below show the forward- and reverse-transmitted light in a dependent polarized optical isolator. 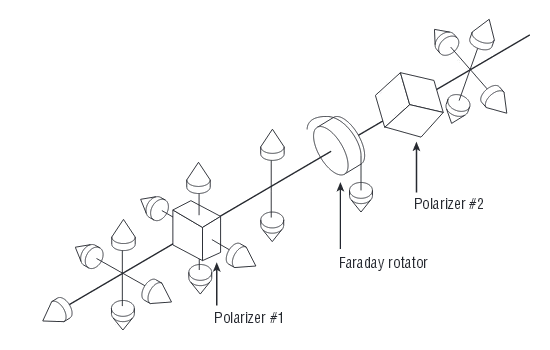 In fact, Composite Optical Isolator is a type of polarization independent isolator used in the EDFA optical amplifier. The EDFA optical amplifier is comprised of Erbium-Doped Fiber, Wavelength-Division Multiplexer, Pumping Diode Laser, Polarization Independent Isolator, and other passive components. Because the polarization independent isolator is composited with the others components into a single EDFA module, it is called a Composite Optical Isolator.

Optical isolators are used to ensure stabilization of laser transmitters and optical amplifiers as well as to maintain good transmission performance. Ultra speed and large capacity optical fiber trunk systems are expanding as a result of the development of optical amplifiers. In parallel, the demand for optical isolators is increasing. Demand is also expected to increase as LAN and other subscriber fiber optic networks expand. It is therefore imperative that optical isolators be further improved to achieve higher performance, smaller size, and lower price. Luckily, you can now find the best optical isolators solution in Fiberstore, a Manufacturer & Supplier of Fiber Optic Network Solutions focus on Professional Customization. 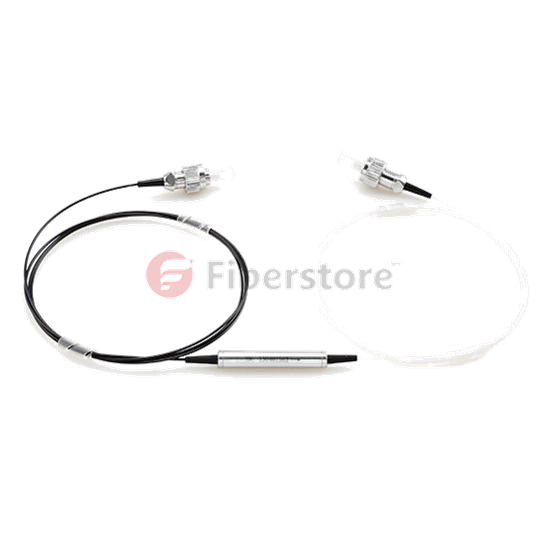