HBA, NIC and CNA are three types of adapters used in computer networking systems. All perform to connect servers to switches, then what’s the difference between them? In this blog, knowledge of HBA, NIC and CNA will be provided.

HBA – Host Bus Adapter
Host bus adapter is a hardware device, such as a circuit board or integrated circuit adapter, that provides I/O processing and physical connectivity between a host system, such as a server, and a storage device. The HBA transmits data between the host device and the storage system in a SAN and relieves the host microprocessor of the tasks of storing data and retrieving data. The result of which is to improve server performance. HBAs are most commonly used in Fibre Channel (FC) SAN environments and are also used for connecting SCSI and SATA devices. 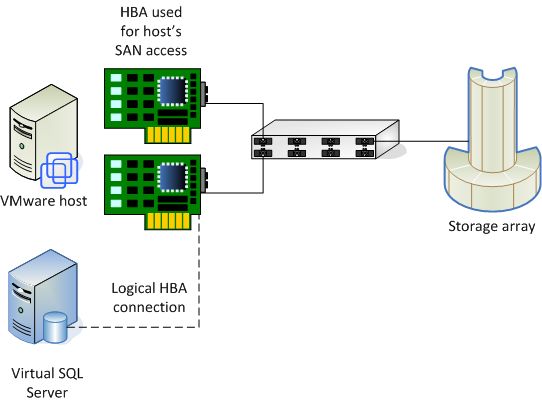 NIC – Network Interface Card
Short for Network Interface Card, the NIC is also referred to as an Ethernet card and network adapter. It is an expansion card that enables a computer to connect to a network. Most new computers have either Ethernet capabilities integrated into the motherboard chipset or use an inexpensive dedicated Ethernet chip connected through the PCI or PCI Express bus. A separate NIC is generally no longer needed. If the card or controller is not integrated into the motherboard, it may be an integrated component in a router, printer interface, or USB device. 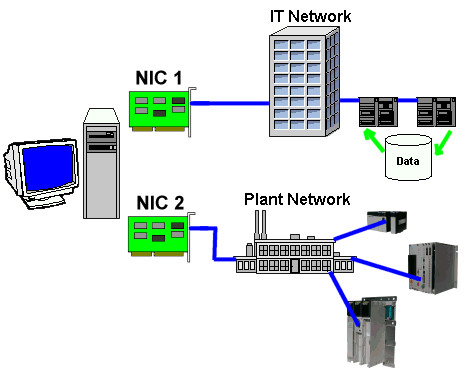 CNA – Converged Network Adapter
A converged network adapter (CNA), also called a converged network interface controller (C-NIC), is a computer input/output device that combines the functionality of a host bus adapter (HBA) with a network interface controller (NIC). In other words, it “converges” access to, respectively, a storage area network and a general-purpose computer network. The CNA connects to the server via a PCI Express (PCIe) interface. The server sends both FC SAN and LAN and traffic to an Ethernet port on a converged switch using the Fiber Channel over Ethernet (FCoE) protocol for the FC SAN data and the Ethernet protocol for LAN data. The converged switch converts the FCoE traffic to FC and sends it to the FC SAN. The Ethernet traffic is sent directly to the LAN.

What’s the Difference Between HBA, NIC and CNA?
In large enterprise companies, main servers usually have (at least) two adapters – FC HBA and Ethernet NIC to connect to the storage network (Fiber Channel) and computer network (Ethernet). CNAs converges the functionality of both the adapters into one. 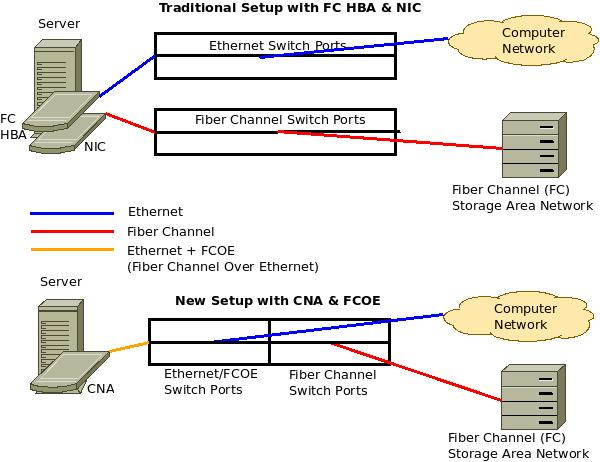 As you can see from the picture below, with the set up in the first diagram, two separate adapters are required on the server to connect to Ethernet-based Computer Network and FC based Storage Network respectively. But the setup in the second diagram requires just one adapter (Converged Network Adapter – CNA) which carries both Ethernet traffic as well as FCoE traffic in a single cable. This cable connects to one of the Ethernet ports in the Converged Switch that has both Ethernet as well as Fiber Channel ports. This Converged Switch converts the FCOE traffic into Fiber Channel traffic to be sent to the FC SAN over the Fiber Channel Network. The computer network traffic is directly sent to the LAN over the Ethernet Network.

Conclusion
Compared to use both HBA and NIC, using a single CNA to connect servers to storage and networks reduces costs by requiring fewer adapter cards, cables, switch ports, and PCIe slots. Besides, CNAs also reduce the complexity of administration because there is only one connection and cable to manage. To connect CNAs to your ToR or EoR switches can over both SFP+ SR (optical) or SFP+ direct attach copper cable. To connect CNAs to your servers can over Cat6 cables. All these cabling solutions can be provided in FS.COM. All at a low price and high quality!

Related Article: What’s the Difference: Hub vs Switch vs Router